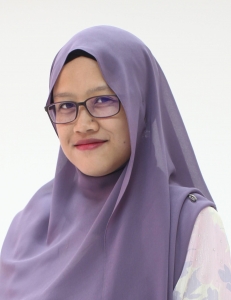 - 09 Sep 2021
Poultry industry is one of the most demanding agricultural sectors worldwide. In most countries, the consumption of poultry meat is higher than beef or pork. The rapid industrialization of poultry farming and production for meat, egg and even feathers are being closely monitored by relevant authorities, not only to ensure that the supply is able to meet the demand but also to circumvent potential threats of poultry diseases. Application of FDA-approved, therapeutic antibiotics seem to work impeccably in combating bacteria-caused poultry diseases. However, for poultry diseases caused by avian viruses, containment is more complicated due to several factors; i. Viruses can circulate asymptomatically in flock thus they can spread easily without being noticed; ii. Viruses can act as primary invaders to damage a particular tissue and allow secondary infections by other foreign agents, causing a complex disease manifestation; iii. Controlling for viral diseases by vaccination requires healthy host immune systems, including the absence of antigen exposure, stress and immunosuppression, which is difficult to indicate without prior inspection; iv. Administration of vaccines requires a proper technique by the handler, at a specific time point; v. Effectiveness of a vaccine may depend on a specific virus strain it was developed from (strain-specific), thus permitting infection by the same virus that has been evolved variably.

What is poultry vaccine?

Similar to the human vaccine, poultry vaccine or generally categorized as an avian vaccine, is applied to domestic fowl such as chickens, ducks or geese, to stimulate the host’s cellular interaction and antibody secretion before the true incursion occurs by disease-causing agents such as viruses.

The practice of avian vaccination is conventionally based on inactivation of the particular virus (inactivated vaccine). It is still being applied to field mainly due to the cheap production cost and its established protective efficacy. Apart from fighting against a specific disease, inactivated vaccines sometimes needed booster shots to attain strong immune response. During a disease outbreak, it is also difficult to distinguish between vaccinated and infected flocks due to the nature of the inactivated vaccine. These limitations are then addressed by a new generation of avian vaccines which can carry desired antigens from one or more viral or bacterial diseases. This recent advancement focuses on genetically engineered vectors or substances such as recombinant live attenuated virus, subunit protein, synthetic peptide, plasmid DNA and virus-like particles. These inventions act as a powerful tool to cross-protect chickens against multiple diseases upon a single inoculation. For example, a trivalent recombinant fowlpox virus vaccine against avian encephalomyelitis virus, fowl pox virus and Mycoplasma gallisepticum, has been licensed for commercial use.

Despite the revolutionizing vaccine technologies, the ultimate goal for vaccination, which is the induction of total prevention and eradication of virus infection (sterilizing immunity) is still undiscovered. Based on a policy document on Infectious Diseases in Livestock by The Royal Society in 2002, UK, we can conclude that an ideal vaccine will provide a broad-spectrum of protection against novel virus strains with complete prevention of virus shedding and transmission, instigate robust and long-lasting humoral and cellular immunity in a single dose, avoid any genetic variability and instability upon inoculation, allow diagnostic differentiation between infected and vaccinated animals and offer a cost-effective manufacturing and production. As we thought that we are not far from developing this universal vaccine, a recent study using tandem M2e genes of different influenza virus strains as viral-like particles did not show a protective efficacy against lethal avian influenza virus challenge. The same vaccine design using the well-conserved membrane protein M2e, in tandem, from human, swine and avian influenza A viruses, able to confer protection against human influenza A virus in mouse models.

Conclusively, the immune mechanism upon vaccination is ambiguous, especially for avian species where the research studies are more limited compared to the human. Continuous development of innovative ideas for the future invention of avian vaccines is crucial to sustain our protein source from poultry.