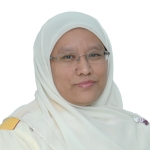 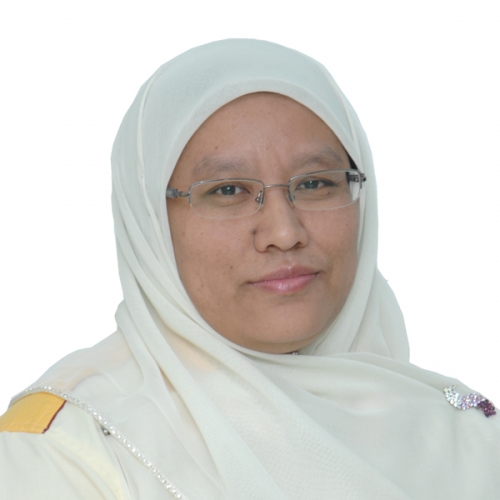 Dr. Siti Mariam Mohd Nor was educated in local schools before studying Chemistry at Universiti Pertanian Malaysia (UPM) between 1992 and 1996. After graduated, she worked as a Science Teacher at Pusat Pengajian Matrikulasi, UPM until 2000, and later at Faculty of Food Science and Biotechnology, UPM as a Science Officer for 10 months and then moved to Faculty of Science as a Tutor. In 2002 she went to University of Nottingham, United Kingdom to carry out doctoral studies in synthetic organic under supervision of Professor Gerald Pattenden FRS. Her PhD was awarded in 2007 on the synthesis of cyclic peptides containing thiazole and oxazoline based amino acids. In the same year she was appointed as a lecturer of Organic Chemistry at Department of Chemistry, Faculty of Science, UPM. Later, in 2010, she was appointed as a senior lecturer at the same department.

1) Total Synthesis of Bioactive Compounds.
2) Development of Synthetic Methodologi.
3) Synthesis of Natural Product Derivatives or
Analogues.
4) Heterocyclic Compounds.
5) Cyclic Peptides.
DISCLAIMER: All contents are my personal view & experience. UPM will not be held responsible or liable for any issue including misfortune, accidents, injury, death, damage, lost, delay or inconvenience.

All rights reserved. Any materials cannot be reproduced or stored in any form without the written consent of the publisher. If there are contents that inappropriate, infringe any copyright or against any Malaysia law or regulation, please report it here.
versi 2.00
© UNIVERSITI PUTRA MALAYSIA, 2019